Warning: Use of undefined constant picon_action - assumed 'picon_action' (this will throw an Error in a future version of PHP) in /home/customer/www/healingvibes.com/public_html/wp-content/plugins/personal-favicon/personal-favicon.php on line 116

Warning: Use of undefined constant ddsg_language - assumed 'ddsg_language' (this will throw an Error in a future version of PHP) in /home/customer/www/healingvibes.com/public_html/wp-content/plugins/sitemap-generator/sitemap-generator.php on line 44
 Vegetarian Quotes – Holistic Natural Healing Skip to the content

Here is a collection of some of my favourite quotes on being a vegetarian.

“You put a baby in a crib with an apple and a rabbit.  If it eats the rabbit and plays with the apple, I’ll buy you a new car.”  ~Harvey Diamond

“Man is the only animal that can remain on friendly terms with the victims he intends to eat until he eats them. ” ~Samuel Butler, Note-Books, 1912 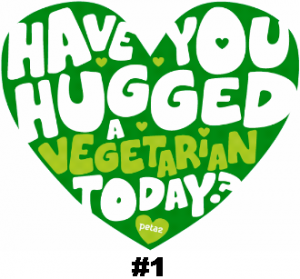 “If slaughterhouses had glass walls, everyone would be a vegetarian.”  ~Paul McCartney

“Think of the fierce energy concentrated in an acorn!  You bury it in the ground, and it explodes into an oak!  Bury a sheep, and nothing happens but decay.” ~George Bernard Shaw

“One farmer says to me, ‘You cannot live on vegetable food solely, for it furnishes nothing to make the bones with;’ and so he religiously devotes a part of his day to supplying himself with the raw material of bones; walking all the while he talks behind his oxen, which, with vegetable-made bones, jerk him and his lumbering plow along in spite of every obstacle. ” ~Henry David Thoreau

“How can you eat anything with eyes?”  ~Will Kellogg

“The beef industry has contributed to more American deaths than all the wars of this century, all natural disasters, and all automobile accidents combined.  If beef is your idea of “real food for real people” you’d better live real close to a real good hospital.”  ~Neal Barnard

“Why does Sea World have a seafood restaurant?  I’m halfway through my fishburger and I realize, Oh my God.  I could be eating a slow learner.”  ~Lynda Montgomery

“Animals are my friends… and I don’t eat my friends.” ~George Bernard Shaw

“We don’t need to eat anyone who would run, swim, or fly away if he could.”  ~James Cromwell

“If you knew how meat was made, you’d probably lose your lunch.”  ~k.d. lang

“Nothing more strongly arouses our disgust than cannibalism, yet we make the same impression on Buddhists and vegetarians, for we feed on babies, though not our own.”  ~Robert Louis Stevenson

“My situation is a solemn one.  Life is offered to me on condition of eating beefsteaks.  But death is better than cannibalism.  My will contains directions for my funeral, which will be followed not by mourning coaches, but by oxen, sheep, flocks of poultry, and a small traveling aquarium of live fish, all wearing white scarfs in honor of the man who perished rather than eat his fellow creatures.”  ~George Bernard Shaw

“I did not become a vegetarian for my health, I did it for the health of the chickens.” ~Isaac Bashevis Singer

“I just could not stand the idea of eating meat – I really do think that it has made me calmer….  People’s general awareness is getting much better, even down to buying a pint of milk:  the fact that the calves are actually killed so that the milk doesn’t go to them but to us cannot really be right, and if you have seen a cow in a state of extreme distress because it cannot understand why its calf isn’t by, it can make you think a lot.”  ~Kate Bush

“I think if you want to eat more meat you should kill it yourself and eat it raw so that you are not blinded by the hypocrisy of having it processed for you.”  ~Margi Clark

Nothing will benefit human health and increase chances for survival of life on Earth as much as the evolution to a vegetarian diet.  ~Albert Einstein

[…] Vegetarian Quotes… for it furnishes nothing to make the bones with;' and so he religiously devotes a part of his day to supplying himself with the raw material of bones; walking all the while he talks behind his oxen, which, with vegetable-made bones, … […]